Eros Life / Read  / Enter From Within 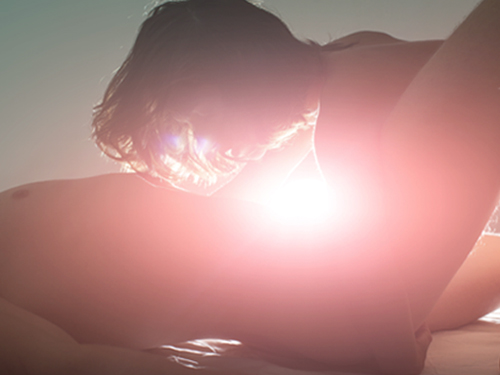 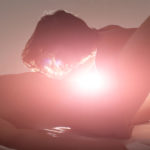 I learned something this week.

It sounds paradoxical, it is, as is so much of life, when we really see it.

It’s expanding inside of me, showing more every day.

I’m going to put it in the context of a Yoni experience, Cervix experience.

The orgasm, when it happened, and it arose spontaneously, came in waves that moved through her body, spreading the energy through every part of her body, deepening inwards. Feelings, sensations that were still there the next day.

Way before the orgasm, which was not the intention, there were months of work, of release, of tears, of connection, of frustration. And of awareness, and opening, and exploration, and pleasure, deep pleasure.

It has to be slow, the healing, the release, the awakening.

That’s our defence, our protection, that’s what we’ve been doing for so long. That’s what brought us to this place, the desire for release.

It’s a process of opening, of softening, of allowing the body, and what’s held within our tissues to flow. When we allow our body to guide us it happens naturally, not in the way the mind thinks it should, not in how long it should take, in a world obsessed with measurement. There’s no judgment, no comparison. It’s our journey.

And by allowing it, by following where it takes us, we honour ourselves, we love ourselves.

And we breathe into the time it takes us.

This is where the integration happens, where we understand ourselves, where that which is within us can arise, be met. And that only happens in allowing.

The next thread in the story was a spontaneous arising of something different in the space.

There are things we know how to do, and instead of following that, as effective as it mostly is, is just one way.

This was a moment, inspired by reading A Song to the Glory of the Spontaneous, quoted in Daniel Odier’s Crazy Wisdom of the Yogini. That sank into me.

And the awareness was there, Enter from Within.

That’s where the movement began, her pelvis, hips, belly, chest, moving from within.

The Yoni experience felt different from the first touch, there was a softening, a readiness, a welcoming drawing my fingers in.

And the area of her cervix, all around, on the tip, so soft.

The movements were slow, no need to do anything other than touch where her body drew me. She knew, not me deciding what or how it should be. Not coming from the mind, rather the connection guiding it. From within.

The waves moved, ebbed, built, intensified, released, and then, at the same time, exploded and melted.

I shared that this was in the space of paradox.

There are no opposites, just the space where everything becomes one.

I’ve seen so much of this lately, look for what’s seemingly opposite, and we’ll find the openness, the possibility.

It opens such possibility.

Enter from the Heart.

And as it is in one space, it can be in others.

Enter from Within dissolves separation, as we usually enter from the outside, from the space of apartness.

From within is from the connection, the oneness. It drops us into the body, into the knowing, into the spontaneous.

Enter from Within takes us into the body, downwards rather than moving up.

It takes us into the infinite space within us, into our depths rather than outwards.. We’re moving the energy into ourselves, and from here it naturally flows into everything, as everything is within us.

In the preparation for this year of teaching I see how the teaching is not only about the techniques or the practices, they’re important, of course they are.

It’s more about that space within us.

It’s not even about teaching, it’s about sharing the space, and allowing us to sink into ourselves.

Dropping into what’s there, in the stillness, in the quiet, in our breath, in our eyes, in our senses, in our touch, it arises, subtle.

From within, it wasn’t my fingertip on her cervix, it was her cervix on my finger, the offering of one to another, in the energy, in the experience.

For me, from me, thank you.

To so many teachers in so many ways.

The world of Spontaneous Possibility of Love and Pleasure.