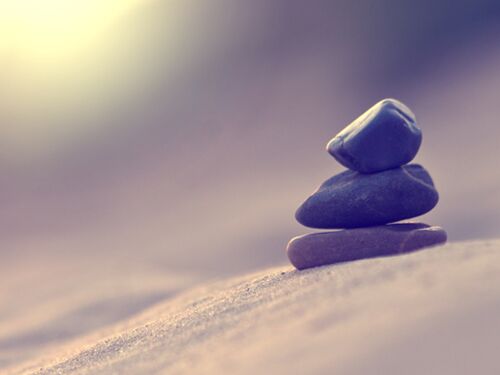 Many of us struggle to change things that cause us pain, that limit us, that keep us trapped in the same patterns. We do the same thing again and again. We have the same kind of relationships. We just keep doing what we’ve always done in so many ways.

And the more we try and change, the harder the change becomes.

Let’s look at why, and see that maybe there’s possibility that could make change and letting go of some of our patterns easier.

We need to understand that the mind has one prime job. Survival.

Survival often means doing what we know, just because we know it.

And anything that’s different becomes a challenge or threat to survival. Because it’s different.

So we do what we know.

Whether it makes us happy or not doesn’t matter too much.

We do it because we know it.

They’ve been with us since we were small. We did what we thought we needed to to survive,  to be accepted, to be looked after, to belong.

When we try and release or change the patterns, there’s resistance.

So instead of taking away, add.

Instead of stopping or not doing something, do something else.

Allow something to change as a natural flow rather than making a change.

That’s where the resistance is.

In allowing there’s going with energy rather than against it.

It comes from the idea of creating possibilities of how things could be, of what could happen, rather than deciding this based on an often limited mind-set.

I often say that if our perfect life was offered to us on a silver tray, many of us would say no thank you, because we wouldn’t recognise it.

So what does it mean, add something?

Something definite, a practice.

A breathing exercise, a visualisation, an affirmation, a meditation, a gratitude practice.

Something that’s manageable, because, and this is really important, one of the biggest secrets to changing something, is regular practice. It’s something we often overlook because it’s simple, and it requires commitment. Healing, change, growth, expansion, require commitment.

And we’re adding, not struggling to not do something. We’re going not stopping, moving, not getting stuck.

It’s all about energy.

Everything we do has a frequency. The more we do it, the stronger it becomes.

When we do something different, we’re creating a new frequency, a new possibility.

It doesn’t happen in five minutes.

It takes time. It takes compassion, it takes patience and awareness.

Those become healing on their own, the more we practice them.

And we’ll surprise ourselves when we realise that we’re doing some things in a new way, or doing something else entirely, and not doing what we did before.

It doesn’t mean we don’t examine ourselves. We do, deeply. We need to know ourselves, what we do, the destructive patterns, the contractions, the things that keep us trapped.

And maybe there are more ways to heal, to change to grow, than we thought.

Give it a try…