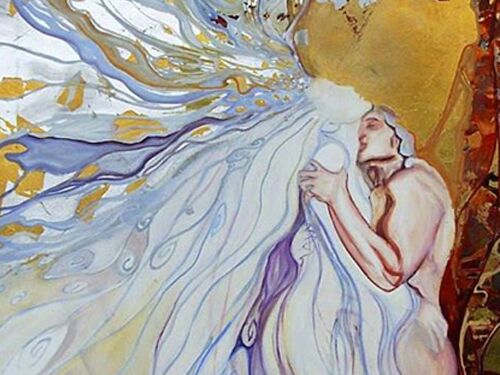 Just Because You’re having Orgasms

Just because you’re having orgasms, does not mean that you’re sexually fulfilled.

Often orgasms are a result of the right touch, the right stimulation. They’re more about the physical stimulus and your bodies response to that than anything else.

Fulfillment is of the heart, of energy, of desire , of connection, of intimacy.

Fulfillment is adventure, discovery, a journey.

It’s about being rather than achieving.

We’ve made, most of our world anyway, until we begin to sexually wake up, orgasm the standard, the goal, the criterion for ‘successful’ sex.

It’s an achievement, and if we, or at least one of us, doesn’t reach the goal, we’ve failed, something’s wrong with me, with you, with us, with our technique.

We’ve made it about a performance, there’s pressure.

And this goal, sometimes so elusive, creates an incredible judgement.

If I don’t reach it, can’t make it happen, can’t give it to you, I’m sexually broken, less than the fullness of myself.

And when I reach this, when I’ve crossed the river, struggled through the desert, climbed the mountain, when I lie there after a few moments of contraction, there is so often an emptiness.

Where was my heart?

Where was the tenderness, where where your eyes looking into mine, where was our breath, where was the moment when we stopped and all the delicious energy spread through our bodies?

Where was our laughter?

Where was the moment when we were so full of emotion that we thought we’d burst and disappear, and we did for a while?

Where was the moment when I felt so much, felt you so much that all I could do was cry?

Where was the moment when our lovemaking became that, the making of love, more than when we began?

Where was the moment when our union became a sacred prayer, our bodies altars to Life, our juices elixirs?

Where was the moment when I looked into your eyes and in a breathtaking revelation saw your soul?

Yes, orgasms can be a part of that.

Learn about orgasms, all the ways you can have them, all the different types of orgasm.

Heal what blocks you having orgasms.

Take your orgasms back from whoever you’re having them for.

And have all the amazing, wonderful orgasms you like.

Move into the field of intention.

To open your heart.

To have pleasure, deep, deep, connection.

To begin to know the fullness of yourself as a sexual being.

That’s what I want.