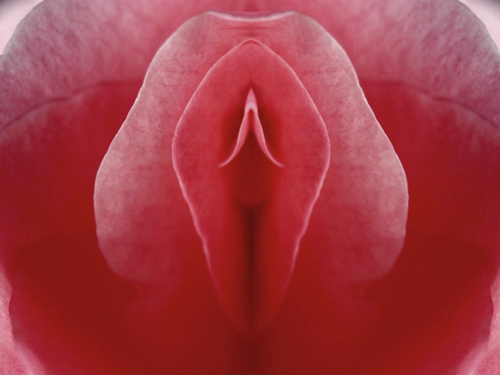 The Beautiful and Subtle Art of Clitoral Massage 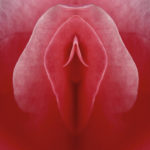 Being willing to ask, What else is here.

Being willing to dance with possibility.

Being willing to dance my hands on your body, something emerges.

Most of us have sex for the end of sex, which is pretty interesting, and pretty limited.

It’s the end that we’re chasing.

And almost everything we do is about getting there.

And because we’re so focused on there, we tend to not really notice what’s here.

What we have done sexually is we’ve linked the clitoris to the orgasm.

We’ve linked the clitoris to the goal.

We know that most women orgasm through clitoral stimulation, and we know it’s not so easy for many women to experience G-Spot, A-Spot, P-Sot, Cervical, Blended Orgasms, and others.

Whether it’s your hands or you lover’s, whether it’s a toy or a tongue.

And that’s where we stopped.

A clitoral massage that’s about sensation and feeling and energy.

It’s not that it’s not about orgasm, and sometimes it’s purposefully not.

It’s about an experience that is rich in possibility, that will be different every time.

That’s an exploration and a discovery.

That may be deeply healing.

That may be deeply releasing.

That may be spiritual.

That may take us to places of new sensations, new awareness.

That may connect us more to the fullness of the body.

That bring us into being more present with what we are feeling, rather than getting to the finish line.

That may allow us to feel, and explore, subtlety and nuance.

That may shift our perception of pleasure from the goal to the field of what is, and the field of possibility.

When it’s just about the orgasm it’s almost as if our relationship to the clit is functional. The massage opens the door to emotion, to feeling.

For many women this is part of healing, of letting go, of releasing.

Then expanding, softening into pleasure.

What most of us see, and feel, the clit to be, is the tip of the iceberg.

This organ, the tip, the hood, the head, the shaft, that is generally considered to be all there is, goes deep into the body, has nerves that connect deep in the pelvis, has energy and emotion.

And when we see this as an organ of pleasure rather than a simply the way to orgasm, so much can shift.

A clitoral massage includes, and awakens, the entire area of the clitoris, the crura, the bulbs, going deeper into the body, touching more.

Why? Because there is so much more.

A clitoral massage, and this can be a self-massage as much as someone else doing it, can be an experience of deep and varied sensations, that connect to feelings and emotions, to energy, to the heart.

And we’ll only experience this when we shift from trying to have an orgasm, give someone else an orgasm, to feel.

I said this was an art.

On the workshop I teach, we talk, and show, and experience, a lot of movements, as we would with any other massage.

But that’s kind of secondary.

Because it’s more about connection and intimacy.

It’s more about allowing your hands to dance with her, or your own body.

It’s more about being intuitive, creative.

It’s more about stillness and sensitivity.

It’s more about the feeling.

It’s more about the energy.

It’s more about pausing and breathing, to feel.

The art is that it’s a creation.

It’s not doing the same thing in the same way every time.

It’s not about harder and faster.

Learning the anatomy is so important.

Learning to communicate is important.

Learning about lube and positions and movements is important.

And then learning to be subtle, to touch gently and slowly is important.

Learning that even though orgasms are there, there’s more.

And learning that this amazing clitoris, in all its magical, mystical, mysterious beauty, is the source of so much more than we often think.

And here’s something interesting.

As much as it’s not about orgasms, it opens the door to more orgasms, often deeper, more intense.

It’s part of the healing and learning to have other orgasms.

It’s part of a deeper connection with your body.

It’s part of a deeper awareness of the power of pleasure, the energy of pleasure.

It’s part of the limitless field of possibility.