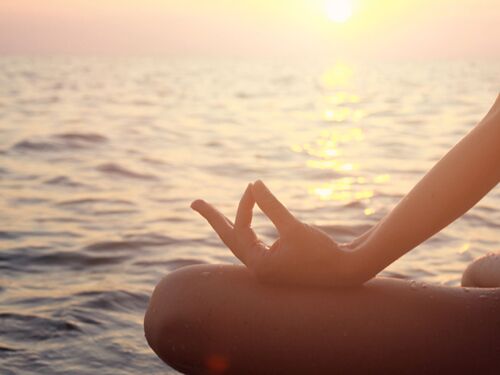 I tend to see microcosms of sexual trends when people come to see me for healing and growth work, as well as on the workshops.

The microcosms are waves, people coming from a similar group, or similar issues, or similar questions.

I think when your view of life and the world is more of a model of energy than anything else that’s not surprising.

The more connected we are to the energy patterns, the more that happens, and the more aware of it we become.

The microcosm so often becomes reflected in what’s coming up in the media, what people are sharing on social media, research and ideas that are being released and what other teachers are writing about.

One of the most beautiful waves at the moment is the amount of women over 50 who are exploring, healing and growing in their sensuality and sexuality.

It’s women who are single, separated, divorced, married and in relationship.

It’s women who have children and don’t.

It’s women across a spectrum of beliefs and backgrounds.

And one of the most powerful energies in this is the awakening of pleasure, an interest in sex, in their bodies, and in themselves.

For many women this is their sexual revolution.

This is their time.

They’re coming into their own power.

For many this is triggered by children leaving home, relationships ending, an interest in growing themselves, a spiritual awakening…

For many women its claiming a freedom they never felt before.

For many women it’s being willing to deal with emotional and sexual issues that have been there for a time, sometimes all their adult lives, and it’s time.

For many women it’s overcoming the judgements of others, and of their own, that kept them being more sexually free.

For many women it’s being able to step past the fear, the fear of pleasure, the fear of asking for what they want, the fear of crafting lives and relationships they would like.

For many women it’s coming into a power they’ve never allowed, or felt before.

For many women it’s acknowledging, with a deep, relaxed breath, that there’s an obsession with an image they can let go of and find freedom in their beauty.

For many women it’s claiming themselves as sexual beings.

For many women it’s wanting to feel beautiful, to feel nourished, to feel the energy within their bodies.

For many women it’s coming to the understanding that their hearts and sexual centres are connected.

For many women it’s wanting to glow from within, for that light of the Goddess to shine through their beings.

For many women it’s understanding that pleasure is their birthright, and in this moving from how much they might have given at cost to themselves, and now choosing to heal that.

For many women it’s understanding that healing is just the beginning.

For many women it’s allowing that incredible fire of pleasure to burn brightly within.

But there is a wave of older women, with such beauty and power, awakening to sexual and pleasure consciousness.

There are times in life when we connect with ourselves in a deeper way, times when going inwards is more important than what’s happening outside.

And in this, the pleasure and the possibilities are beyond measure.