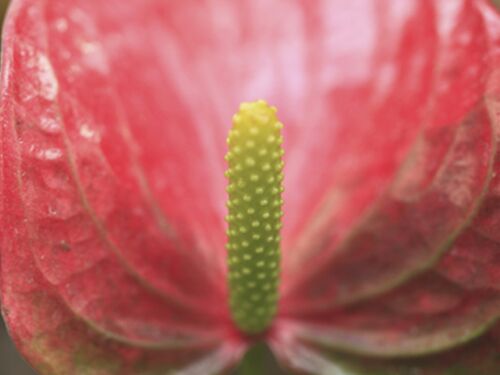 ‘This was the first time we had done Yoni Massage as part of my healing journey. It had taken months before we did this, releasing so many other patterns. After the experience I saw why Jonti had done it so slowly. There was so much else I needed to see and heal before we went here.

I lay afterwards almost in a state of shock at how numb I was inside, physically and emotionally. I realized so much from that, how many men I’d convinced myself were bad lovers, how many possible intimate connections and even relationships had no chance, because I couldn’t feel anything. It didn’t matter what they did, and I saw how much healing I needed to do for myself. It wasn’t about anyone else, just me. It was the first time I was able to acknowledge that.

And I understood my frustration with so many sexual experiences, the searching for something, the feeling that there was more, the knowing there was more from reading, from listening to other people, to talks.

I felt how closed I was, how tight and tense this part of my body had become and I saw how I couldn’t experience much pleasure with that.

I became aware of how disconnected I was from my Yoni, how she wasn’tt an integrated part of me.

I didn’t think I had a G-Spot, never mind any of the other pleasure spots I’d read about.

It started to make sense, I saw myself with new eyes and also saw how it could be healed.’

This is what so many women have shared on healing journeys.

Yoni Healing is slow, so slow.

It’s allowing, not making, not forcing, not rushing.

It’s allowing your body to release, to soften.

To release the past.

The past of guilt, of shame, of embarrassment.

The past where you weren’t heard.

The past where the disconnect between your heart and your body was so deep.

The past where you had sex and didn’t want to.

The past where you wanted sex and pleasure and couldn’t ask for what you wanted.

The past where you were touched without gentleness, without love.

The past where your body was used.

The past where you were expected to keep someone else happy, keep the peace.

The past where you were unfulfilled.

The past where it was uncomfortable, painful.

The past where you yearned for what was possible, somewhere deep inside you knew it.

The past where you pandered to someone else’s ego.

The past where you had no permission for pleasure.

The past where you feared the power of your pleasure, where you knew the heat of your fire, and didn’t know how to release it, to let it burn in beautiful flames.

The past where you didn’t know the choices you had.

The past where you had to be less than the fullness you are.

The past where you carried generations of guilt, of hurt, of shame, family patterns, tribal patterns, deeply set within you.

The past where sex became a goal, a performance. ‘

The past that was about control rather than surrender.

The past where the way your Yoni looked was judged, where you were conditioned to distaste and being acceptable to someone else.

And in this, in more than this, your yoni became, numb, tender, painful, closed to pleasure, to possibility.

First there’s the healing, the release.

Connecting your yoni to your heart, to the rest of your body.

Releasing the beliefs of limitation, of inhibition.

Allowing yourself to feel, to explore, to learn about yourself.

It’s an allowing, sometimes deep emotional pain and hurt that was supressed for so long, sometimes not even about sex, about yourself, about your beauty, your power, your deservability, your confidence.

Sometimes the release is physical, visceral, pain spots that have been held for what seems a lifetime, and maybe even longer.

Then comes the awakening, the pleasure, the possibility.

That your yoni has a voice, a song, desire that may range far and deep, into the shadow, into the light of your spirit.

You explore how it could be, for you, not how it should be based on the expectation of another.

You claim freedom, maybe for the first time ever.

Then comes the pleasure.

‘When my cervix, and the area around it opened, most times we made love it felt as if I was in an orgasmic state that would last for hours afterwards. Sometimes I would feel the energy for a day or more.’

‘At the beginning of my healing I could hardly feel anything inside. After the deep work we did I went to a Yoni Massage workshop, and I could feel everything inside me, every moment. It was as if I had a different body.’

‘The beautiful evolution led to states of calm ecstasy.

YES, calm ecstasy- beautiful acquaintance of your sexual powers and the ability to keep it all in!

Being emotional, aroused, vulnerable and powerful in the same time, profound and intense.’

‘I was literally gently vibrating from the inside out. I felt like a white rose opening and embracing the sunlight and kissing dew drops resting on my morning petals. I felt like I had become a gem and Jonti had transformed into an alchemist turning a small piece of coal to a brilliant diamond in this massage.’

‘As the sexual energy was built up and moved across my body, I could literally focus on nothing else.  And it wasn’t only about the orgasm – it was about the emotional upliftment, the opening up to experience these feelings and sensations that I knew were possible.’